Bach opens a vista to the universe. After experiencing him, people feel there is meaning to life after all.

I’ve loved Johann Sebastian Bach’s transcendently beautiful music all my life, but as a non-classically-trained steel-string guitarist and mandolinist I assumed for years that actually performing any of his work myself was out of the question. Then I acquired my first vintage Gibson mandolin, and vaguely remembered that Bach had composed for unaccompanied violin and for unaccompanied cello…and thought, that should be possible on mandolin, maybe I could learn one or two short pieces…and one thing led to another…

From the liner notes of J.S. Bach: Suites for Mandolin, Volume One

Transcription of music was a common practice during the Baroque era, and Bach himself was one of music history’s great transcribers, routinely transferring both his own and other composers’ work from one instrument or ensemble combination to another, modifying it as necessary in the exploration of different timbres and registers. Thus Partita No. 3 in E Major for solo violin also exists as Lute Suite No. 4 (with its Prelude showing up in a couple of cantatas as well), the trio sonata for two flutes and continuo is also Sonata No. 1 in G Major for viola da gamba and harpsichord, and so on, to the point that the legendary pianist and Bach specialist Glenn Gould spoke of Bach’s “sublime instrumental indifference.” In the two-and-a-half centuries since Bach’s death, transcriptions and adaptations of his work have run the gamut from solo piano to full symphony orchestra, from saxophone ensembles to steel drum bands to jazz and rock groups (Jethro Tull’s 1969 hit “Bourée” coming straight from the E Minor Lute Suite) and virtually every other imaginable instrumental setting. An interpretation of the unaccompanied Cello Suites on mandolin, an instrument similarly tuned in fifths and related to the lute, therefore seems a fairly logical choice; in fact, I would even venture to call it well within the spirit of Bach. 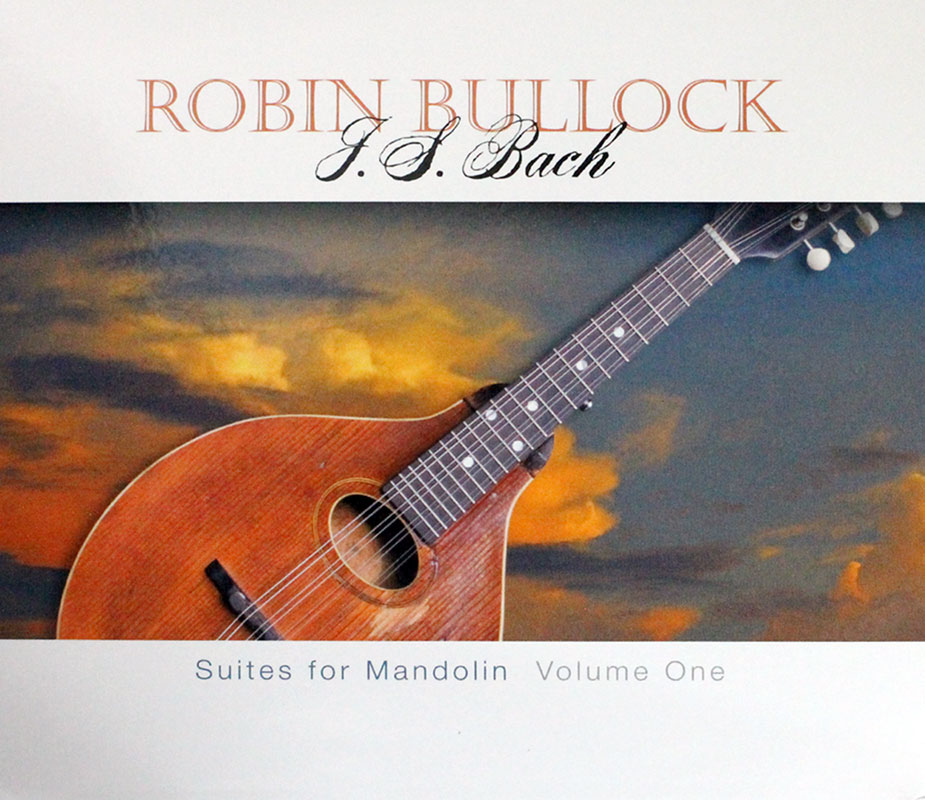 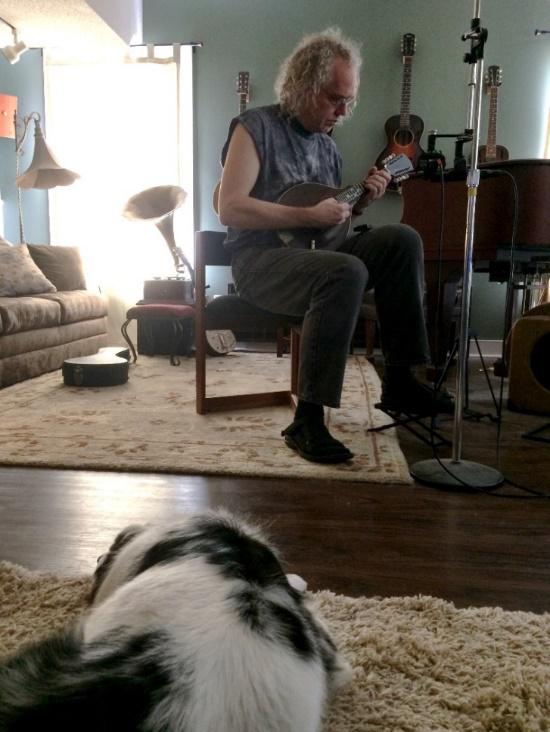 After I got the Prelude from Cello Suite No. 1 more or less under my fingers on the mandolin, originally I’d thought that’d be it, but it was such an exhilarating journey that curiosity led me onward to try the next movement, the Allemande…and the next, and the next…and the more I learned, the more I wanted to know. So over the course of the next few years, as I learned more solo Bach pieces on both mandolin and guitar, I was also immersing myself in all the books about Bach’s life and works and all the Bach recordings I could get my paws on. Gradually, a crazy idea began to form: would it be possible to learn and record all six Cello Suites, in their entirely, on solo mandolin? Had anyone even done that before? Chris Thile was famously (and sublimely) performing and recording the Sonatas and Partitas for solo violin on mandolin, as was the Israeli mandolinist Shmuel Elbaz, but my digging hadn’t turned up any full recordings of the Cello Suites on mandolin (and still hasn’t…)

And before I knew it I found myself with a self-imposed musical Everest to conquer. But in the meantime it had been three years since my last solo CD (Christmas Eve is Here, which, granted, did include a brief multitracked Bach chorale), I was overdue for a new one, and there was no way I could think of tackling even the first half of the cello cycle and having a completed recording for at least another few years, so while continuing to study the Cello Suites and adapt them for mandolin I turned my attention back to my first instrument, the guitar, and began pondering possible directions for a new solo album. The blind Irish harper Turlough O’Carolan had long been a favorite of mine, and had lived at about the same time as Bach; I was also getting deeper into the Renaissance lute music of John Dowland, and thought that just maybe an album devoted to those three, interpreted on solo guitar, might be a rewarding project to take on while gradually learning my way around the Cello Suites on mandolin.

From the liner notes of Majesty and Magic

Bach, of course, needs no introduction as the supreme master of the High Baroque and one of the greatest musical geniuses who ever lived, whose thousand-plus catalogued works range from intimate solo suites to huge, sprawling passions and cantatas for full choir and orchestra. Carolan was his contemporary, though the two men had no awareness of each other, only sharing a few common musical influences such as Vivaldi. Carolan’s heritage was the tradition of the Irish bards, and the blind harper became the most celebrated of them within his lifetime, leaving a legacy of over 200 tunes for the Irish harp. The melancholy Dowland, who lived a century before the other two, achieved fame almost in spite of himself as a lute virtuoso and composer during the heady days of the English Renaissance, publishing bestselling books of lute songs and viol consort arrangements and ultimately becoming court lutenist to King James I. On the surface the three would appear to have little if anything in common as composers and musicians, yet I find similar threads running through all their work: a melodic grace that transcends the limitations of their various periods, genres and instruments, surprising harmonic and structural choices centuries ahead of their times, and most of all, emotional depth far beyond most other music of their age, or any other age for that matter.

The immediacy of solo guitar seems to me ideally suited for journeying to the heart of this repertoire. The instrument becomes especially powerful and independent when its natural resonance is heightened through the use of altered tunings. […] The guitar is capable of evoking in turn Bach’s harpsichord, Dowland’s lute or Carolan’s brass-strung Irish harp, and a fascinating three-way conversation across centuries and cultures springs forth when the three masters’ music is set against each other’s. 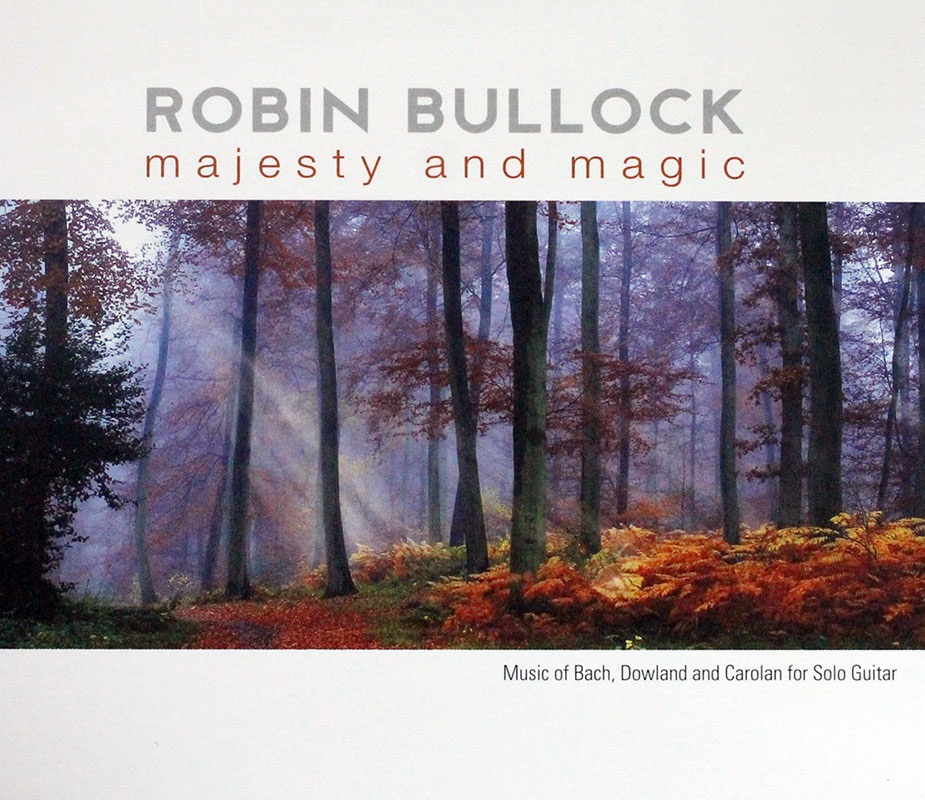 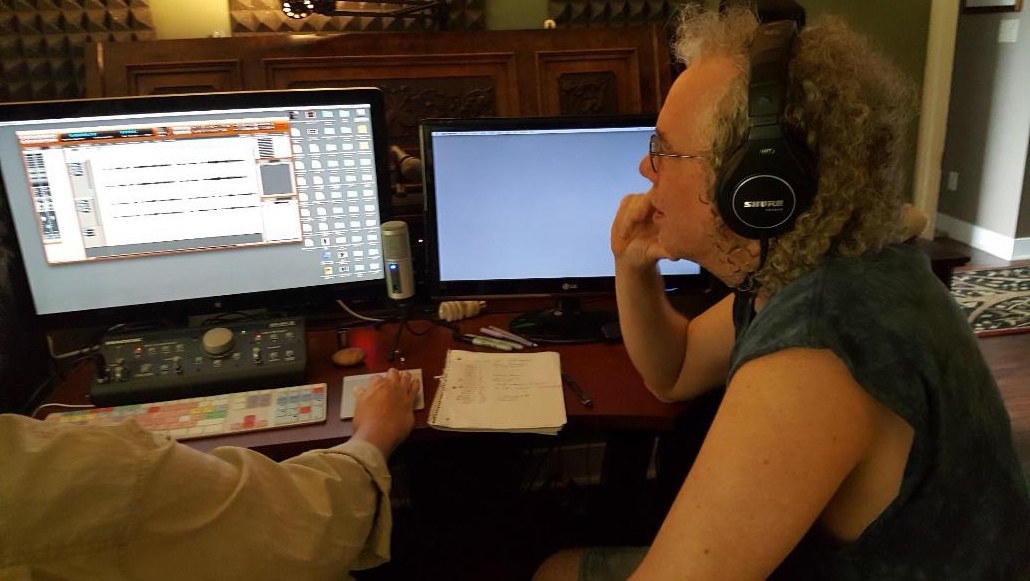 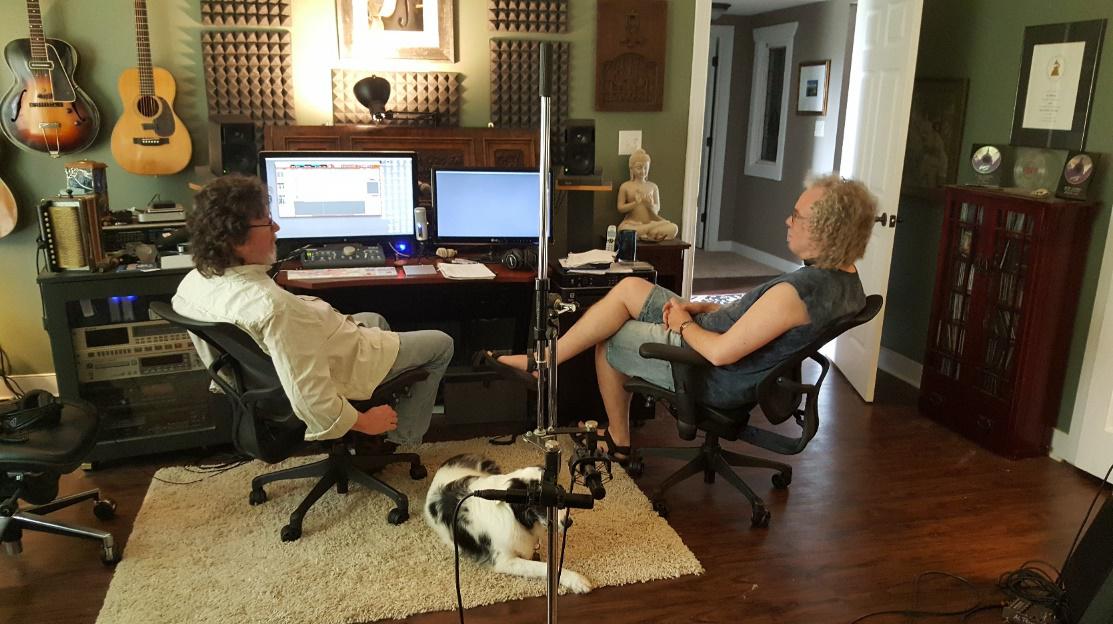 Thus it was that the CD Majesty and Magic came about – almost as a stopgap at first, yet it grew into one of my favorites (and from what I’ve heard, an audience favorite as well). And there I was, playing Bach on both steel-string guitar and mandolin, when just a few years earlier I’d thought his sound world was forever off-limits to me as a player.

And interesting things were starting to happen: as I became more knowledgeable about Bach, and especially the Cello Suites, through my independent self-education, I was both feeling a responsibility to play them as faithfully to Bach’s intentions as I knew how, and at the same time developing more and more solid opinions about how I wanted to interpret them and what they could communicate through my performance of them from hearing the wide variations of possibilities on the many recordings I was devouring. Bach, perhaps more than most other composers, gives the musician a specific message to deliver, but almost total freedom within those boundaries as to how to say it.

Somewhere along the line I saw a video interview with banjo virtuoso Bela Fleck – another of us non-classical folks finding a home in the world of Bach – in which he made a remarkable observation: it’s well known that Bach was a great improviser, and many of his compositions most likely grew out of his improvisations…which means that when one plays Bach, particularly the solo instrumental works, something of Bach’s own improvisation is literally passing through one’s fingers in the present moment, and that inevitably has an effect on the rest of one’s playing. Not too long after that I was on the road in England with Tom Paxton, and in the middle of one concert, as I played an improvised solo break on one of his songs, I realized that Bela was right: I wouldn’t have come up with just that melodic idea or pulled it off just that way had it not been for all the hours I was spending studying and playing Bach.

So now – though I would hardly presume to call myself a Bach specialist – I’m deeply enough immersed in his music that it’s become an integral part of what I do, along with the perhaps more expected traditional Celtic and Appalachian tunes (and the occasional foray into music of the Renaissance, or John Fahey, or the Grateful Dead, or…). I’m halfway through my long-term goal of recording all six Cello Suites on mandolin, with the release of Suites For Mandolin Volume One (the first three suites) in December 2016 joining Majesty and Magic on the Robin Plays Bach CD shelf, and there’ll be more to come, on both mandolin and guitar. And in live performance, not only has Bach become an essential element of the show – I’ve heard more positive audience feedback about that than just about anything else I’ve ever done, I do believe – I can now even offer a “Bullock Plays Bach” concert, a full evening devoted entirely to the Leipzig master.

Who’d have thought, back when I was ten or eleven and my piano teacher told me you can’t play Bach on guitar.